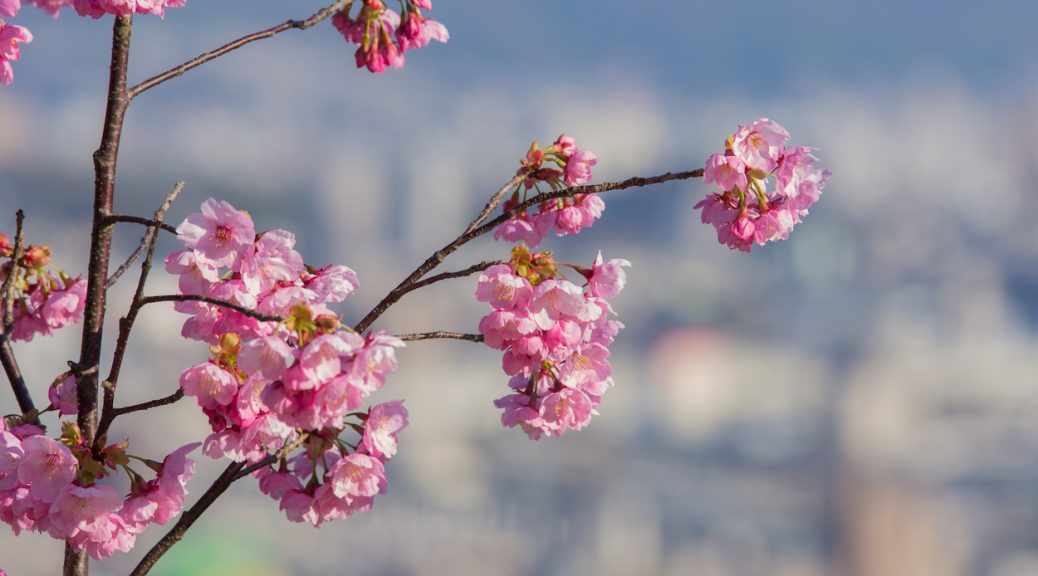 The smell of spring flowers was noticeable as soon as we stepped off the bus from the station and whilst I had found Kyoto bitterly cold, Hiroshima was thankfully warmer.

After finding the hostel, we walked along to the peace park and started with the exhibition hall, to learn about what happened to the city at 08:15 on 6th August 1945.  I was struck by the description of one elderly lady, who  described Hiroshima as being made up of only three colours, brown, black and red. Her father was a priest and so she’d seen paintings of hell as a child, but at least they had a bit of green in them she said!

We sat for a time in the memorial where 140,000 names are represented by individual tiles (70,000 people were killed instantly), visited the A-bomb Dome and saw strings and strings of brightly coloured paper cranes, hung as decorations, and eventually found the bomb Hyper Centre, marked simply with a plaque against a wall.

Somehow we’d forgotten how moving Hiroshima was likely to be.

The overwhelming message seemed to be the wish to educate people of the pure inhumanity of nuclear weapons; that the suffering didn’t just end with burns, that the radiation caused far longer lasting illnesses, and to try and promote peace in our time and ultimately rid the world of nuclear weapons altogether.

It seemed fitting that we then walked up through the torii gates of Tosho-gu Shrine, to the bulbous gleaming silver roof of the Futa Peace Pagoda, which we’d seen in the distance earlier from the bus.  There was something very spiritual climbing up through torii gates set within the trees, albeit to the distant drums, chants and cheers to the ‘Carp’, the local team in the baseball stadium! The views were phenomenal, yet served to remind us just how widespread the carnage must have been.

We had our only real meal out here in Hiroshima and sampled the local dish, which is okonomiyaki, a sort of pancake sandwich, with a filling of shredded cabbage, beansprouts, onions, seaweed, egg, pork and a sauce which tasted like plum.  This is all cooked on a massive hotplate in front of you, after which you can slice sections off using a large metal spatular and then commence battle with chopsticks.