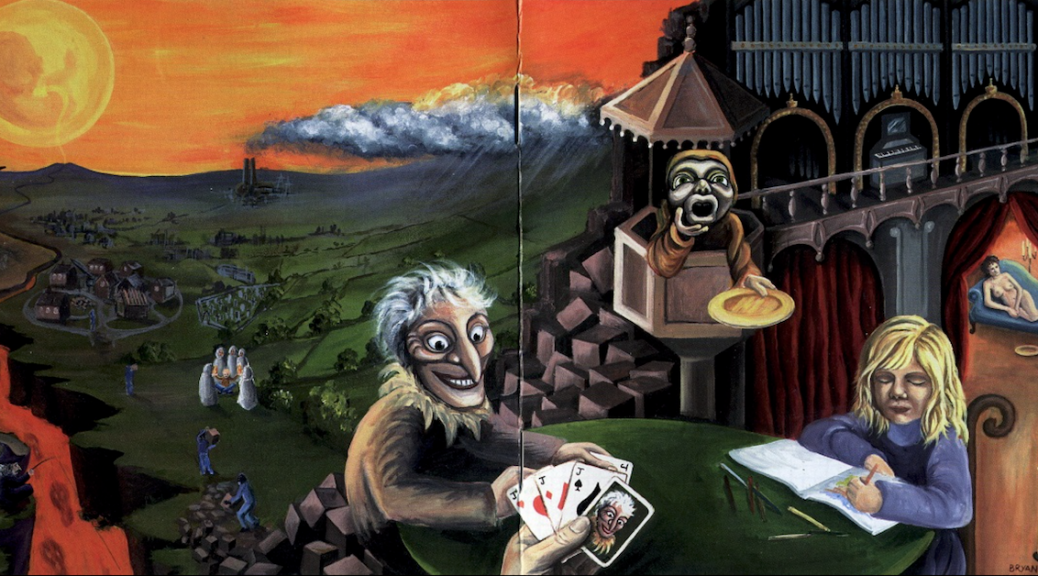 I unearthed a few photos of paintings and sketches over Christmas.

The very top image was a commissioned cover for the progressive rock band Janison Edge album released in 1999.  The work was directed by band member Sue Element and contains imagery based around the lyrics and ideas within their musical work.  It won an award from a French Canadian radio station for best artwork.