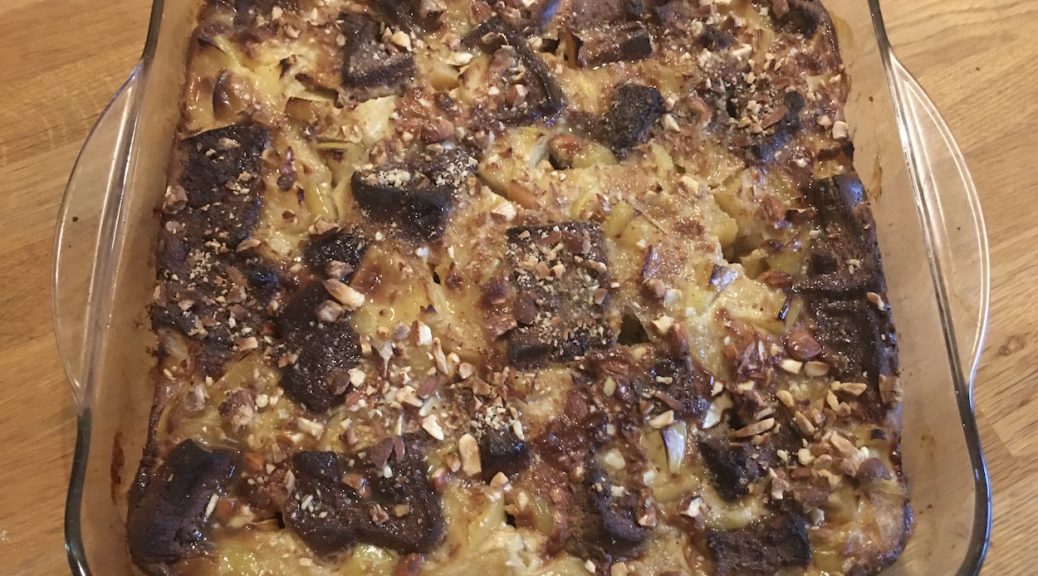 We had apples to use and a malt loaf that got severely squashed last week, so when I saw this Honey-Apple Bread Pudding recipe this morning, it was meant to be!

Usual substitutions – malt loaf instead of challah bread, soya milk instead of real, squirty cream instead of heavy.  I also added a squirt of syrup and put all the apple in on the covered bake.

NYT also had a lasagne recipe from Samin Nosrat, but I went with a tried and tested Quorn one instead.   The top pasta layer parted company with the ‘meat’ layer though and so was rather chewy!  Perhaps the one going into the freezer will soften a little.

And on the subject of substitutions…