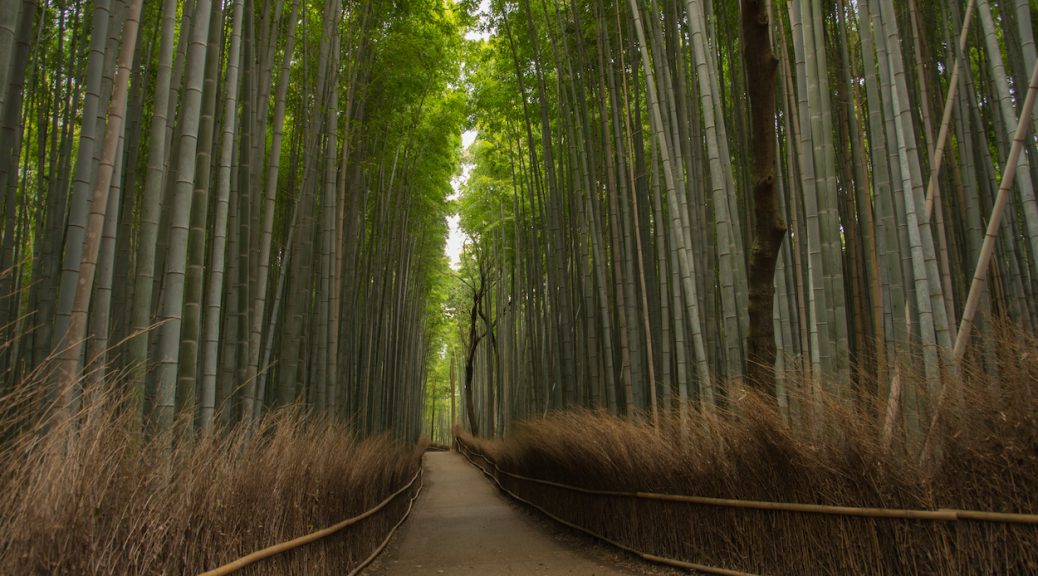 Another early wake up, so decided to make the most of it and visit the bamboo groves less than ten minutes walk away.  It’s the sheer height which takes your breath away and this morning in the strong wind, they were also knocking together like some massive chime.

We explored the local area, then walked to Daikakuji temple, to wander around Osawa pond.  It is more renowned for Autumn colour and the 3000 lotus flowers were more like brown stumps, but still looked quite spectacular.   The twin ticket also allowed us access to Giouji Moss Temple, which was a little bright green oasis, with more bamboo at one end and a lush moss carpet where you would usually expect to see grass.

We then visited the Inari shrine to the south of Kyoto, which has immense torii gates winding up the hillside.  These are very impressive, but there were just so many people, we decided to bail and headed for Gion, the geisha district around dusk.  Round lights outside various door fronts are meant to indicate geisha are present and clearly there were a few around, but none for us to see.

Back at Arashiyama, we stopped at the Kimono Forest, which is made from kimono silk lined perspex pillars, lit from the centre and forming an avenue.  The whole effect is beautiful and reminiscent of both the bamboo forest and of the torii gates.