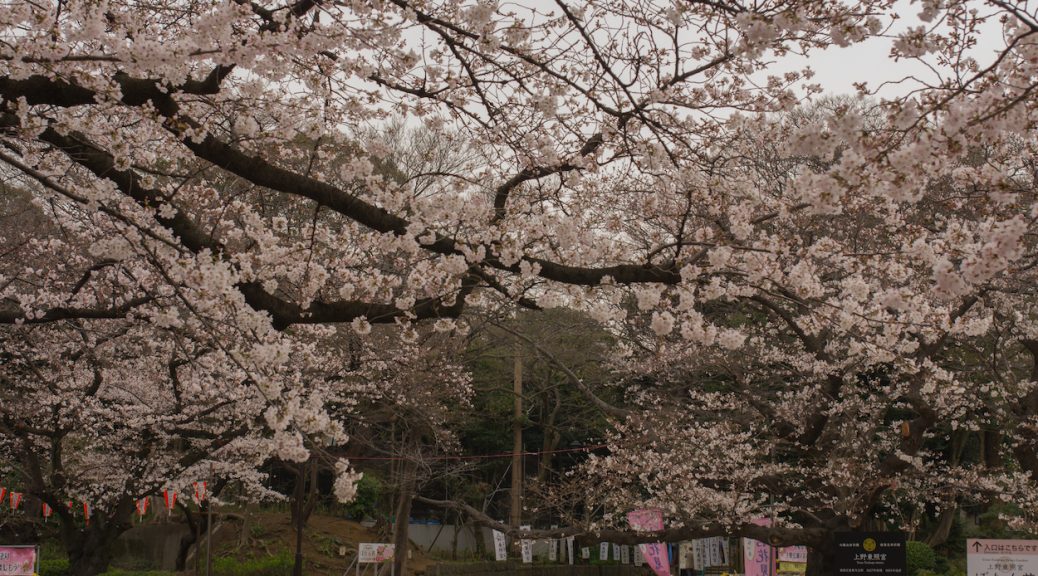 My final morning I took the Ginza line for the last time to Ueno, and mooched around the park once again, taking my last fill of sakura.  At 06:45, it was a grey day, but either still, or already, I wasn’t sure, people were hanami’ing, or picnicking under the trees.  It wasn’t exactly pretty here for photos, since there were barrels, barriers and bins for the festivities, but in those short few days the blossom had opened much more and did look pretty special.  It was a shame I missed blossom totality by such a small margin, because I’m sure seeing it smother places like Shinjuku Gyoen must be incredible, but at the same time, I felt lucky to have seen it at all.

Then from Ueno, the Express to Narita and back to Bristol via Amsterdam.  My mum recalls being able to swap the backs of train seats from one side to the other to choose your group of four and whilst some trains in Japan had that, it was also possible to actually swivel the seats to achieve the same.

I guess travelling between the heavily populated major cities of a country by train is not conducive to necessarily seeing lots of beautiful countryside, and indeed much of it is not exactly pretty.  The backdrop of green covered mountains is constant, punctuating the very flat largely urban plains. Sometimes this is cultivated fields, but mostly a sprawling mass of electrical wires and low level housing.  I think my prior vision of Tokyo was akin to that of Hong Kong, of skyscrapers shoehorned together, but nothing was further from the truth.  The district centres might be high rise, but the boulevards are wide  and not more than a few streets away you were in the suburbs, with narrow lanes of houses, one car and whatever patch of land or yard, utilised for some kind of greenery, whether that be spring flowers or immaculately topiaried trees, clipped into pleasing forms.

Somewhat incongruously, for a country that takes not disturbing others with noises or smells very seriously, it was a surprise that the stations have fake bird song, the trains play quite a long jingle prior to landing at stations and the toilets have a running water privacy option.

There are drinks vending machines dotted around in the most unlikely places; a backyard near the immense bamboo groves, in the middle of what looked like community land, not commercially growing perhaps, but larger than allotments and on dark back streets.  I saw no chocolate or crisp style machines as we have on the UK, but I did see an ice cream machine!  Supermarkets and convenience stores sell the same drinks products – a whole plethora of teas; jasmine, green, peach, black, European, coffees, black, black with sugar, with milk and sugar, and these come cold and hot within the same machine, in metal screw top cans or plastic bottles. 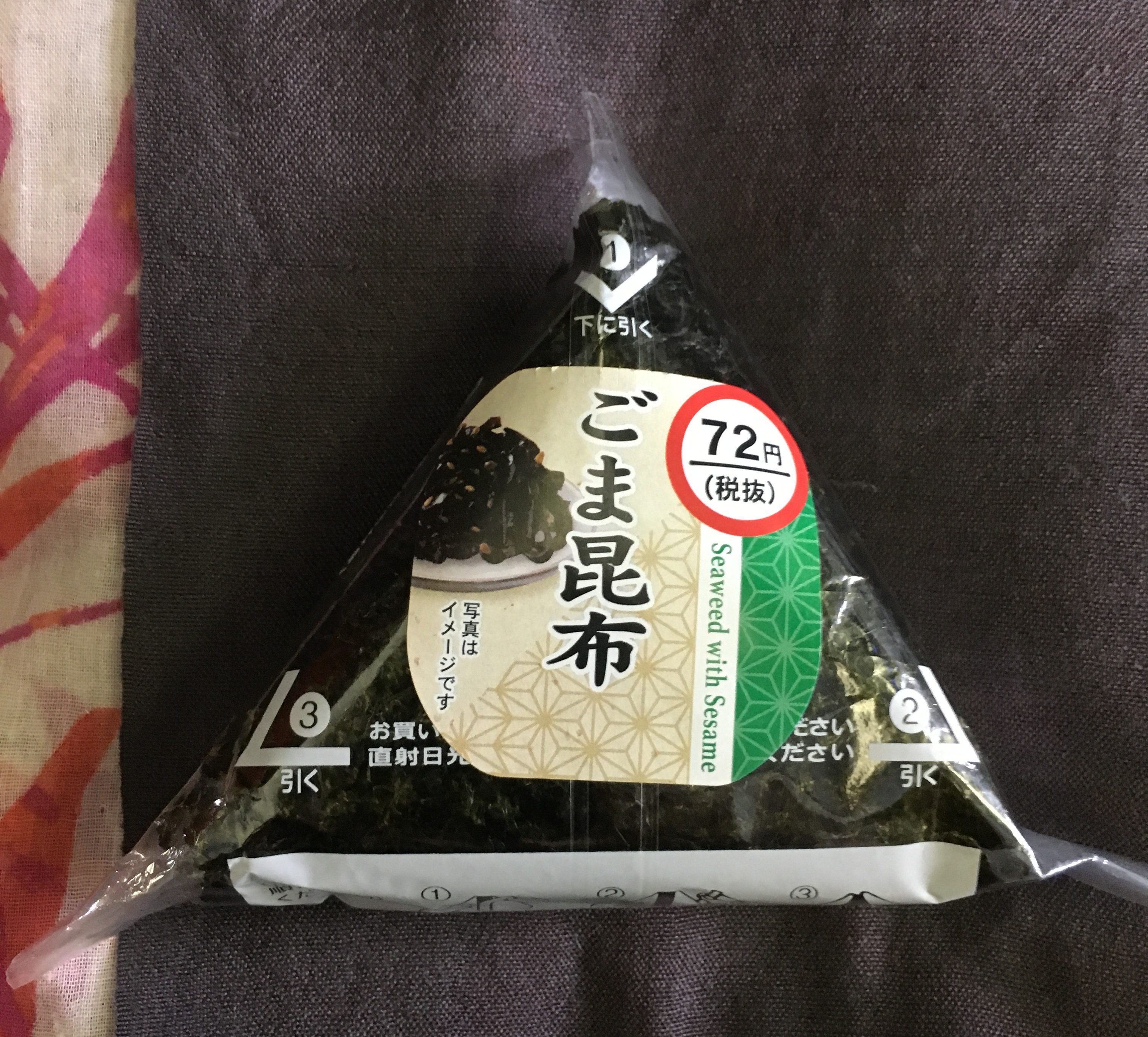 The little parcels of joy I liked so much, were seaweed covered triangular shaped sticky rice blocks, with a centre of different flavours such as pickled plum, fried chicken (this was my favourite, was the first one I had and I never found it again), wasabi and seaweed, bonito flakes, salmon and tuna mayonnaise.  These were ideal travelling companions, since they were cheap, plentiful, could be stuck in a pocket and despite being meat or fish and rice, didn’t appear to require refrigeration.  And of course, they could be easily inhaled whilst standing or sitting shiftily out of the way, since eating and drinking on the street is considered impolite.  Bearing  in mind I eat anything, I was rather unadventurous in food terms and really only stuck with foods I could understand, or which travelled well, which was a bit of a shame.  I saw what I can only describe as a chicken brûlée which looked incredibly appealing, but thought it unlikely to last until the next day on the train.

I treated myself not quite to a bento box, but to a plated meal of battered pork with rice and curry sauce on my five hour journey from Miyajima back to Tokyo.  This was the only place that shop keeper politeness was not as it had been elsewhere.  Erosion perhaps from the high percentage of tourists at what is considered the place to see in Japan.   The food was bagged, but left, there was no tray for you to put the money in, and the change was one handed back, a spoon and fork provided instead of chopsticks and I was moved on with no polite words.

Most often, the politeness and helpfulness of the people is something to be noted.  In shops, the usual experience was that my purchase was bagged with care, the handles put together and handed to me with both hands to easily take it, I placed my money in the tray, I received the change with both hands, thanking them with an enthusiastic ‘arigato gozaimasu’, an exchange of smiles, and a small bow.  By the way, if in doubt smile and bow, smile and bow.  One of the messages on the underground was about manners. Good manners, good Tokyo.

I tried to speak Japanese on all my interactions mixed with some hard core miming if required and it seemed to work.  People showed patience and genuinely seemed happy to assist. Even if you simply looked lost at a station, someone would ask if you needed help and not just the numerous ‘helpers’ at stations, the airport, or main attractions.  And everything was made smoother by things like this.  Marks on the platform tell you where your car will stop and queue lines are marked.  The trains stops exactly at these points and not only leaves at the designated time, but arrives at the designated time.  It is simply how it works.  At no point did you feel you had to allow extra time for delays, or doubt your travel, it was all as it said on the tin and provided you could manage to walk the distance to a different platform in three minutes, you could rely on this connection time. 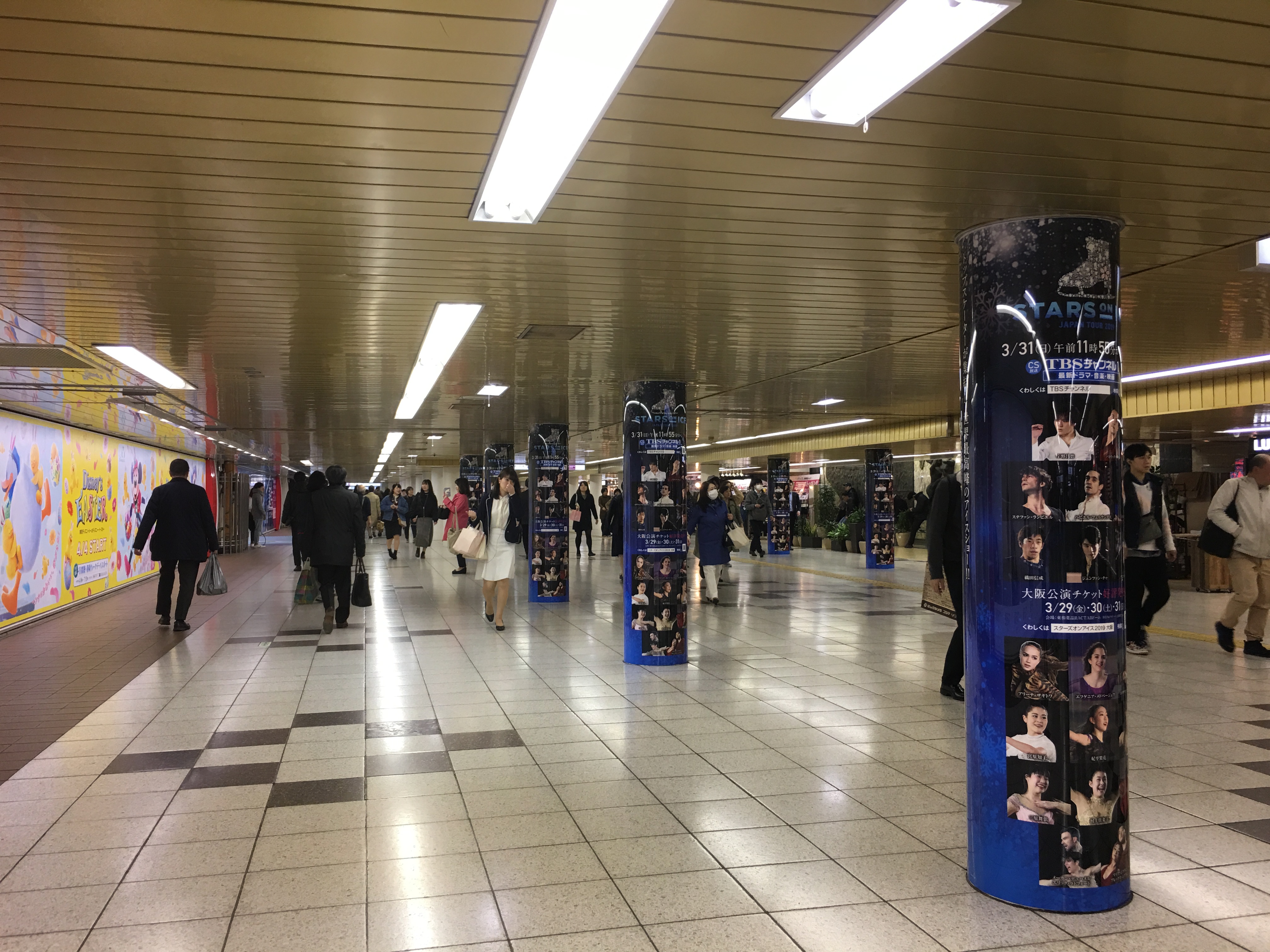 Japanese people tend to dress smartly, especially the older generation.  Simple elegant lines, without frills, and coats which are somehow too big, yet which don’t drown their small frames.  Older women certainly manage to wear younger style clothes, without seeming like mutton dressed as lamb.  At 5’4″ 25 years ago, I was the mean height of women in England. Now probably a bit shorter and with time elapsed, I’m sure that average is much taller.  A friend commented if I felt tall here and yes I did. The Japanese on the whole seem to be smaller than Europeans in every way. The women in particular tend to very slight, but whether that is through marketing or natural build it’s hard to say.

I was stood over the shoulder of a seated man on one train and couldn’t help reading the paper he was studying, which stated that physical inactivity was the cause of so much disease in the west and to me it is notable that the Japanese do not shirk exercise.  With long distances between train lines in underground stations, a lot of walking is involved even on public transport.  I followed the same through route as a very small elderly lady, who was hunched over her wheelie case, and boy was she shifting- I had a job to keep up with her!

Likewise the cycle culture. Everyone seems to have a bike and cycling within Tokyo certainly wasn’t dissimilar to Copenhagen, though both are very flat cities I will add.  And with infrastructure in place for cycling.  And the right attitude. I can’t help but think more people would cycle in Britain if it didn’t feel so dangerous.  The only exception being mums on the school run with a baby on the handlebars and a toddler on the back, storming the pavements on their e-assist steeds.  Beware the mothers on bikes! 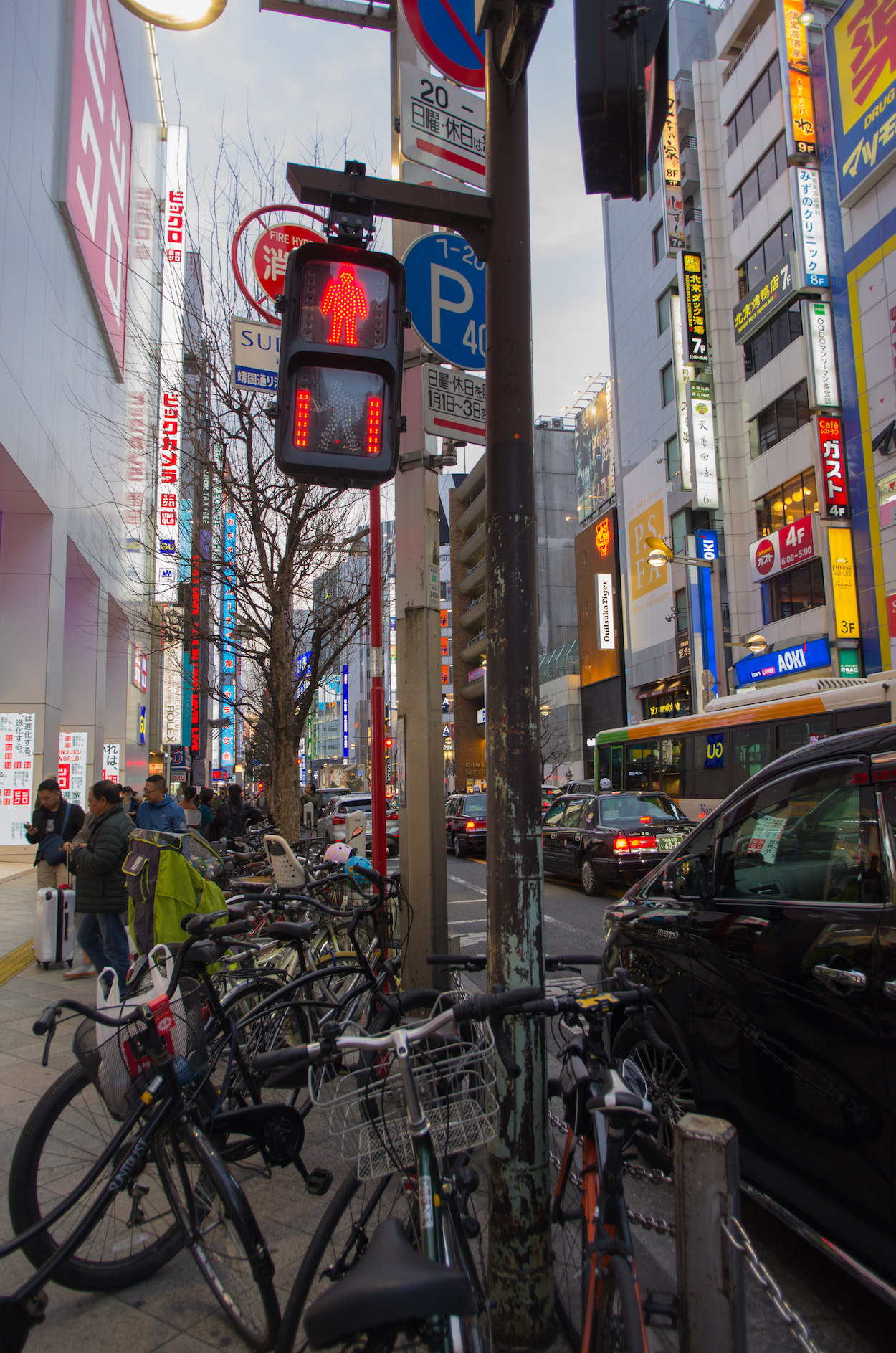 Would I go there again?  Yes, like a shot.  I knew ten days was too short, but ten days was still ten days and it was a trade off between time and money.  What would I bring back with me if I could?  The seemingly genuine friendliness, curiosity and politeness of the people, the little parcels of joy I enjoyed so much, and lastly heated toilet seats.  Who knew that something so frivolous in my view, could be just so, well… nice!