Owing to another sunshine filled day, watering needed to be undertaken and in doing so, I managed to startle a wren and a robin, a rabbit, one male pheasant and two female pheasants.   (Which reminds me that last night we saw seven deer grazing.)

I was in New Zealand when Foot and Mouth struck the UK and I only really saw news clips and heard about it via friends and family.  My understanding is that without people and dogs venturing into the countryside, wildlife flourished.

I’m inclined to think it might already be happening again.
It also seemed fitting to see this. 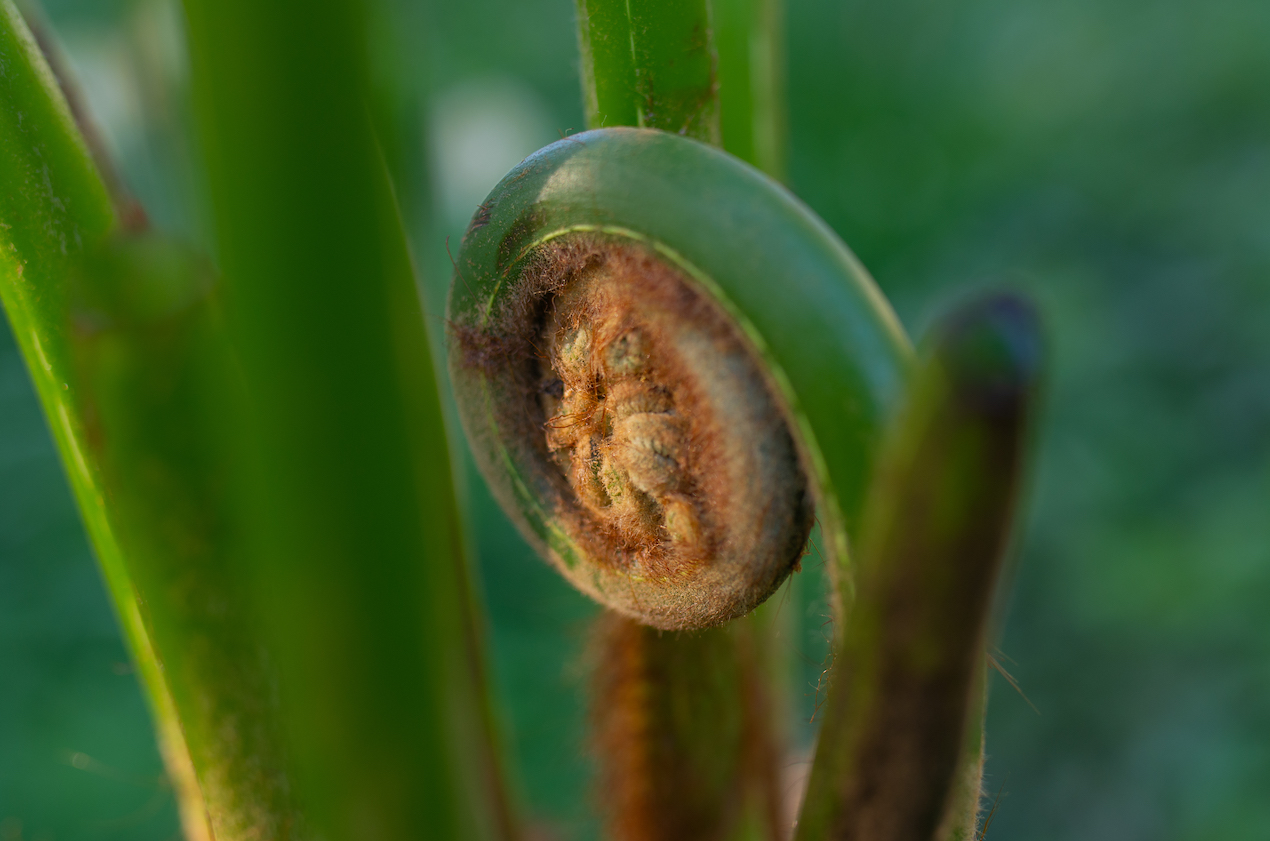 The Maori ‘Koru’ symbol is based on an unfurling fern and is said to represent the ideas of returning to the point of origin, of new beginnings and of hope. 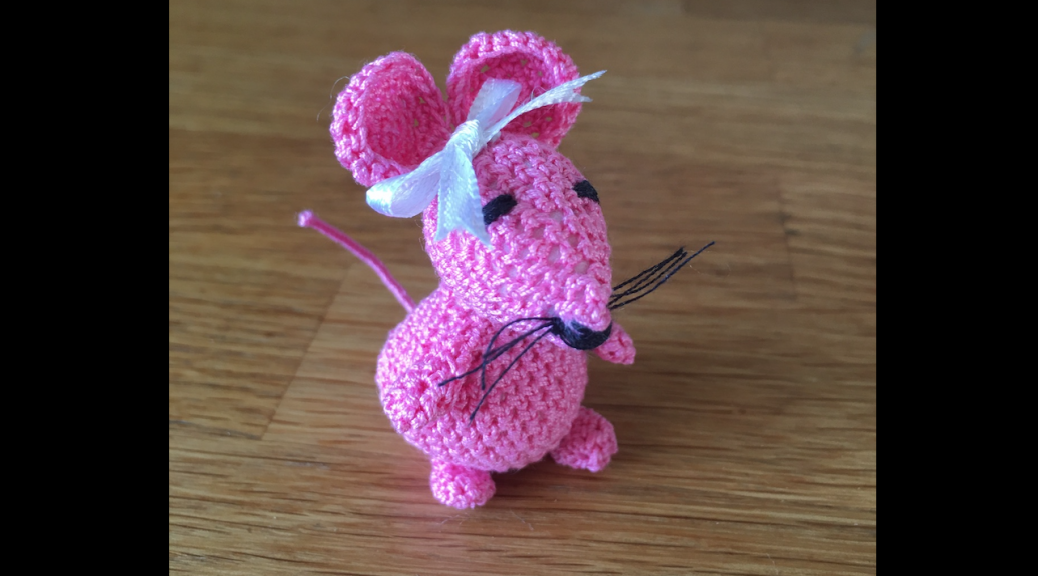 Another glorious day; frosty to start and then warm enough in a sheltered spot to get singed.  The first foray to the shop for a week saw shelves back to privileged abundance.  And with pasta!

My past attempts at ‘amigurumi’ have ended up as mice (I seem to be fine at crocheting in circles and making round things) and given to my mother.  I decided this time to actively make a little pink sibling after buying some thread from Saltash Scrapstore some weeks ago.

Trees!!  Today’s walk was short and nearing dusk.  There was still a hum of traffic from the A38, but the smell of everything outside seemed particularly intense.  Is it because I’m appreciating being outside more, or is there actually less pollution? 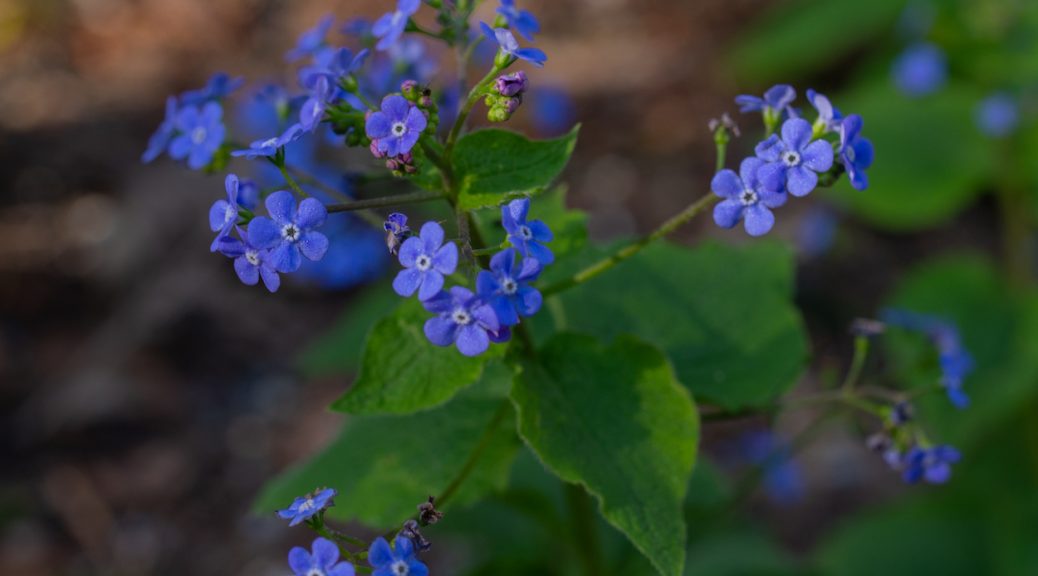 Following the announcement on Monday evening to stay indoors, Tuesday’s one outing  under the more enforced regime of ‘Keep Calm and Keep Away’ made me also realise just how privileged I am to live where I do.

What strange times these are. It’s the stuff of films. And perhaps because of that, or because it’s easy to see what might happen, it preys on our fears. But let’s not go there.

I’ve been thinking a lot recently. It’s made me appreciate how lucky we are in this country and just how fortunate I am, but also how complacent I’ve become. I am so used to having such an abundance of food on shop shelves.

It’s also made me think about how reliant I am on shops for food. I do know friends and colleagues who grow food in gardens or allotments, but I don’t think this is as commonplace as it once was. In the past I’ve grown food, but certainly not enough to live off. If anything survived, it was a supplement, although we did well from some established fruiting things, like apples and blackberries.

I grew up through the 70’s, fortunate enough to have a garden, and parents who grew things in it. We ate a lot of green things.  And even when the main growing season had finished, we still ate green stuff because we were also fortunate enough to have a freezer. If my parents ended up with so much of something they couldn’t even give it away and it didn’t freeze well, then a pickling production line was set up. I’m sure we ate ‘Bread and Butter’ pickle for years; we kept finding jars hidden away. That’s the kind of thing I remember as a child and I don’t know if that was unusual, or whether it was generally more like that back then?  My parents were both born before the war and their childhood would have been quite different from mine, with rationing throughout.  My dad would have been twenty when these restrictions finally ceased in 1954.  One of his frequent mutterings was ‘waste not, want not’ and if you grew up when he did, I can see why. This sentiment didn’t just extend to food, but to ‘things that may come in useful’ for a Heath Robinson bodge at a later date. Home grown food was the norm, as was, in my mum’s case, keeping chickens.

It’s also made me think about how much we consume and how much we waste. In the last couple of weeks I have become more aware of what I am eating in terms of the quantity of ingredients I am using to make a meal and also the quantity of food I am actually eating. I have become more sparing per meal, padding out traditional protein with pulses and using half a tin of tomatoes instead of a whole tin, then mixing the sauce and spaghetti or rice together to at least appear to make it go further. It’s made me think of the nutritional value of each meal too, such is my limited knowledge, hence sprouting some seeds the other day. And I am not alone. Recipes for simple foods are cropping up in news items. A couple I’m going to try are for flatbreads (flour, if you’ve been able to buy it, salt, water, baking powder and either oil or butter) and chapatis (flour, salt and water). Not being much of a baker, the flour in our cupboard has been there some time, but I am grateful to have some.

I think we are already reasonably good at looking at what needs using in the fridge and making some random meal out of it. Thankfully we are not fussy easters and I think we waste very little. We’re also not massively strict with best before dates. It if looks ok and smells ok, we’ll eat it. That said, I found two packets of soya beans dated 2015 the other day, hidden away behind something in the back of the cupboard.  I put them back, but in a more prominent place. We’ll see how this thing goes….!

The original background was a blue sky watercolour wash, but for me it didn’t really work and with watercolour on paper, you’re limited as to what you can change.  So, using digital software I’ve altered the background and brightened the blossom.  I rather like it, however it was not well received on Instagram; it’s working out whether this is a good indicator or not.  The Sika Deer from the previous post was however well received….. 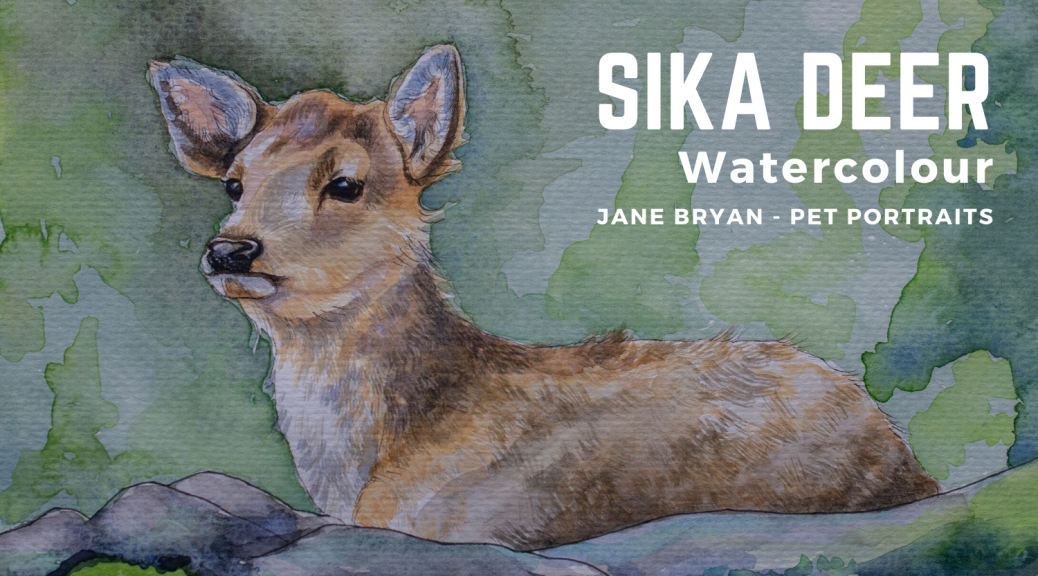 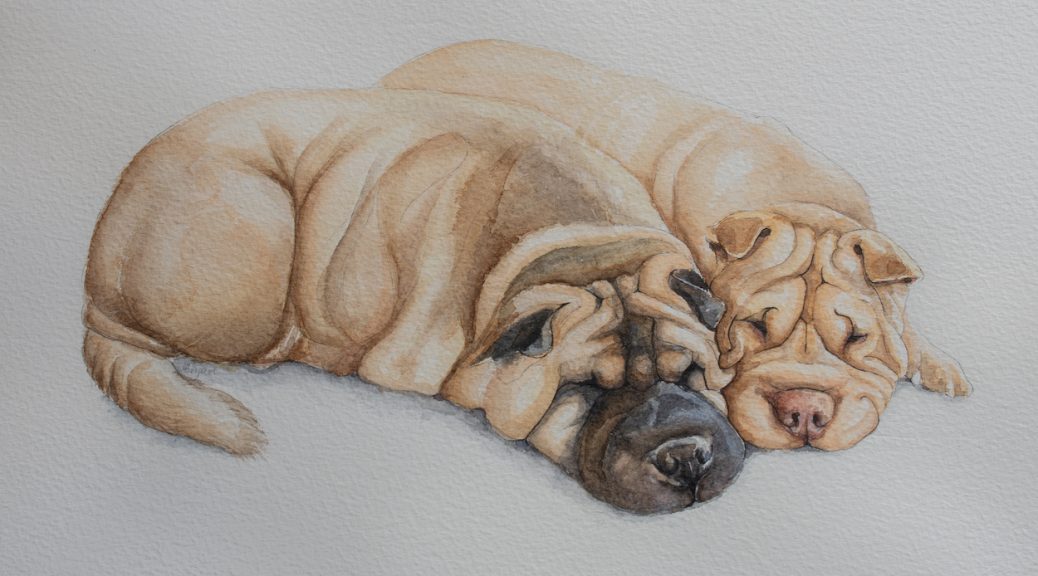 This pen and watercolour of Ella and Miles was a commission from the States, which came to me thanks to an Instagram post by the recipient of Billy and Larry’s painting.  The power of social media! 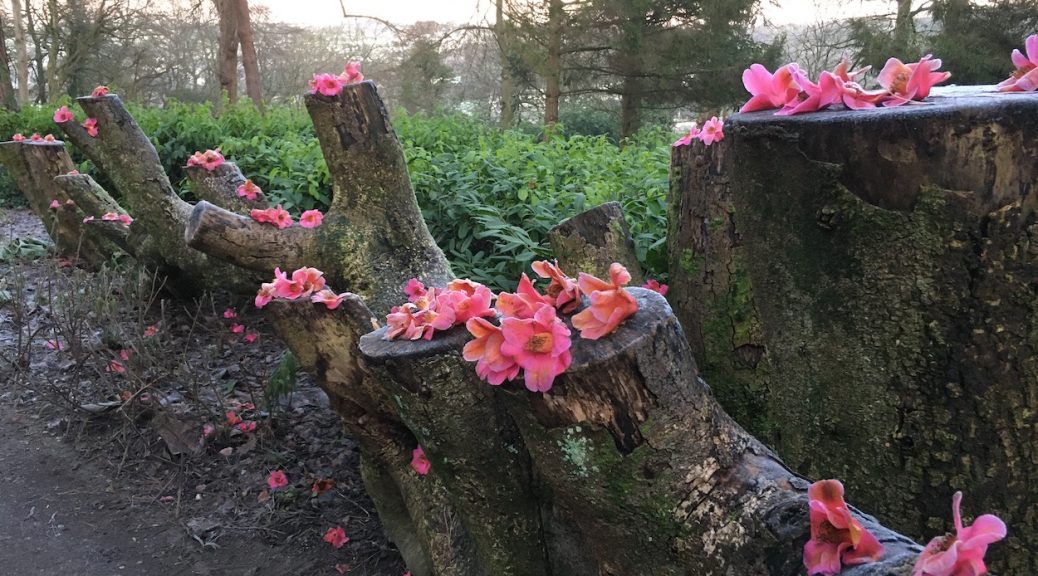 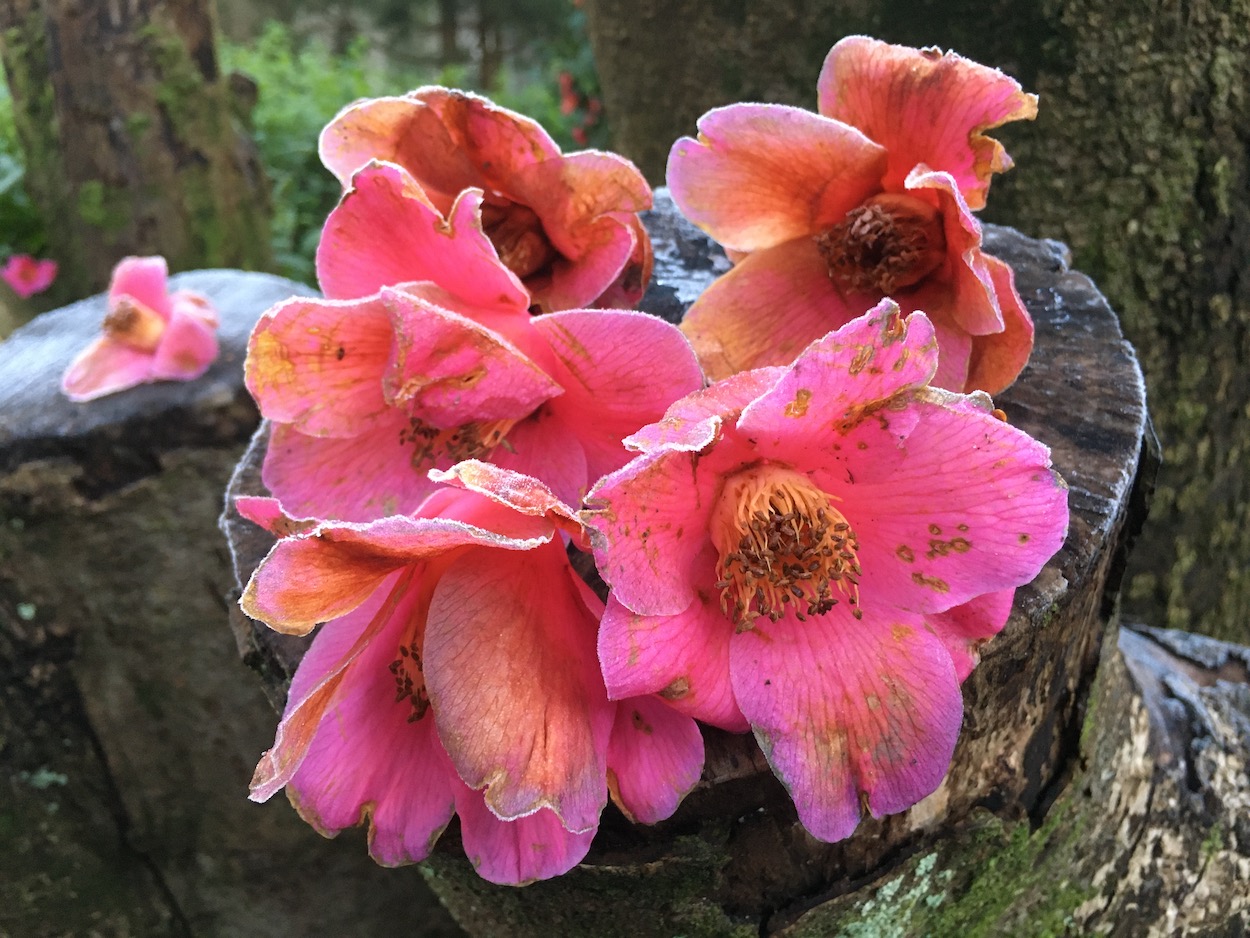